A New season with some very interesting people

Professors, Writers, and Musicians that use the ancient world as their muse and passion 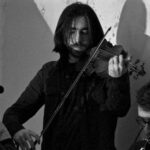 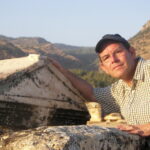 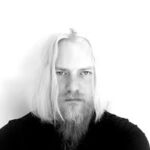 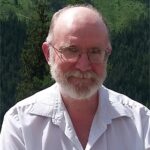 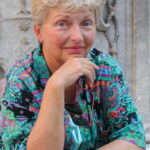 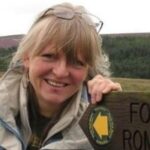 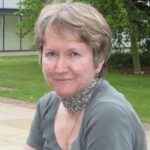 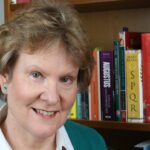 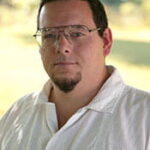 Who is on the show for Season 6?

David Denyer, composer and musician, who composed a stunning and frightening score for The Bacchae by the Ancient Greek Playwright Euripides.  He will talk about his composition of a micro-opera about the ancient city of Troy, developed with Director Emily Louizou.  Samples of Denyer’s work will be on the show.  Be sure to catch a particularly upsetting piece from his work on the Bacchae titled: “kill”.  It will make your blood run cold.  Frankly, I looked over my shoulder a couple of times.  Don’t listen to it in the dark.

Dr. Steven Fine, professor at Yeshiva University of New York, sits down with us to talk about Masada and the ancient historian Josephus.

Matthew Leigh Embleton, writer, composer and a new contributor to Ancient Rome Refocused.  Check out his web site at:  http://www.matthewleighembleton.co.uk/.  Embleton’s music is available on Amazon.  He has written books on a variety of subjects including werewolves in myth and French literature.  The podcast will go deep into a guy that thinks on many different planes of thought.  Definitely check out his interview on the Secret Door Podcast on the use of Pagan Symbols in Political Propaganda.

Philip L. Matyszak was a journalist and is a professional author of the ancient world. He teaches ancient history for the Institute of Continuing Education at Cambridge University and wrote the book Legionary: The Roman Soldier’s ‘unofficial’ manual.  What particularly attracted me to this interview is my military background.  I spent a huge part of my career reading what are called FMs (Field Manuals) and this book was a strong reminder of what an FM for a Roman Soldier could have been.  His additional works include:  Ancient Rome on Five Denarii a day, Ancient Greece on Five Drachma a day, and a novel that I am definitely going to read, The Gold of Tolosa.  Want to read about an ancient gold heist?  I do.

Vicky Leon is the herald for those that may have been lost to history. Her book, Working IX to V reviews the jobs available for the average joe of that time.  This allows us to visualize the day-to-day affairs of the average plebian.  To top it off, Leon has brought to the forefront the contributions of women to the Ancient World.  Most history have been written by men, thus not including the interesting and valid female characters that lived in early history.  Ignoring female historians, doctors, historians, and leaders was an unfortunate trend by most male dominated societies. Leon’s books 4,000 Year’s of Uppity Women, and Uppity Women of Ancient Times focuses in on unbelievable women that were forgotten by history, or the true story that was overlooked or lost in the morass of time.  So it’s about time to talk about those ‘kick-ass’ women of the ancient world.

Ruth Downie is best known for her Medicus series, a story about a medical practitioner during the Roman Empire.  The hero, Gauis Petrius Ruso, is drawn into mysteries with his British slave, now wife, “who is no Roman wife”  Tilla.  I was interviewing Ms. Downie when my cat intervened, and decided to get between me and the microphone.  Ms. Downie immediately understood my cat’s interest in podcasting.  I first heard about the Medicus series when I was listening to NPR (National Public Radio) and I decided right then and there to invite her on the show.   The interview was fascinating.  We reviewed what you need to concern yourself in writing about that era.  For instance using metaphors that plainly did not exist.  We had discussions on how a Roman may speak, and how you might translate that to a modern ear.  For instance, if you ‘pocket’ something…well pockets did not exist in that time era.  Using the word pocket, meaning to take something, would sound slightly off to the modern ear.    A fun part of the podcast is Ms. Leons description of Hadrian’s Wall and provides her own description of a place not too far from her front door.

Helen King is a British classical scholar and advocate for the medical humanities. She is Professor Emerita of Classical Studies at the Open University.   This interview explores the breadth of knowledge of the medical arts in the ancient world.  She proposes doctors in the Roman Army would have need for a wide range of knowledge and experience.  A medical practitioner in the army would have to deal with disease, food, bad eyes and various wounds.  Though the Roman world had opium, she proposes that a doctor’s life would have to be more holistic.    Well, think about it.  Limited drugs, limited knowledge about the human body, limited treatments, one would have to treat the whole person rather than just the symptom.    Here are some additional points of discussion.  Were there female doctors in the ancient world?  What was the use of wax in the medical world for passing on medical knowledge?  She even discusses her paper: “Fear of Flute Girls.”   Is that a medical condition?

Alison Morton writes novels about a modern Roman empire.  Frankly, I love this stuff, always have.  The idea pricks at my imagination. In novels titled: INCEPTIO, CARINA, and PERFIDITAS we follow the adventures of her female protagonist.  A ‘Roman nut’ (her words) since age 11, Alison spent decades clambering over Roman sites throughout Europe. Fascinated by the breathtaking mosaics at Ampurias in Spain and the engineering brilliance of the Pont du Gard in France, she was curious about the role of women in the complex, powerful and value-driven Roman civilization. That started her wondering what a modern Roman society would resemble if operated by strong women.  Now, she lives in France with her husband and writes Roman-themed alternate history thrillers with tough heroines.  This is no surprise considering she is a former member of the Territorial Army.  Check out this mind bending interview.

Gregory Aldrete is a Professor Emeritus of history and humanistic studies at the University of Wisconsin – Green Bay.   He has been teaching since 1995, and provides a fascinating interview on the subject of armor.  Now when I say armor I know you’re thinking metal breastplates right out of the medieval world.  No.  What the ancient Greeks used was woven hemp.  Can hemp stop an arrow?  This professor actually tested it out.  Here’s the story on how Cannabis sativa cultivars was used by the ancients to protect themselves in battle.  This is also a story how a grad student became the test subject.  A very interesting use of a grad student.  Yes, we are talking about a sane person standing in a field and allowing an arrow to be shot at his chest.

Time to start Season 6.  Catch it on Blubrry.com and this blog site.