A short distance between artist and archaeologist 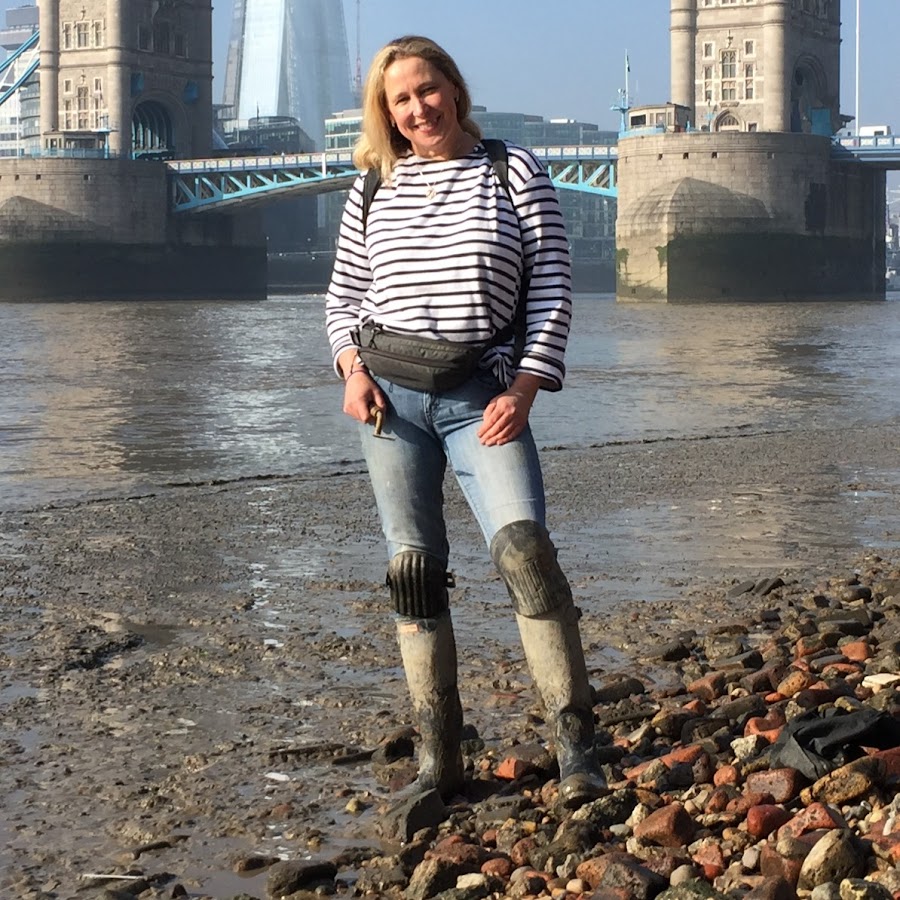 Running through Nicola White’s neighborhood is a portal to the past.  It leaves clues and remnants of past ages.  She has no need for time machines when the River Thames is accessible.  For generations the Thames has been the receptacle of generations of trash.  What man has thrown away in the Thames, has fallen to the bottom, covered itself in mud, and has been prodded to the shore from continuous tides.  The past is proven repeatedly to be real, because it floats up onto the shore.   Nicola White proves its real with evidence worthy of an archaeologist.

Sporting high booted ‘wellies’, what some call rubber boots, and clothes to protect her from the elements, she walks the river shore and meticulously scraps and prods things up from the mud.  Buttons, before the age of mass production, can identify time periods and even professions.  Individual glass jars of drinks, and ointments can be identified by the shape and markings on the glass or container. What were people drinking in the 1800s?  Coins reveal the image of Queen Victoria, and assorted monarchs of the past.  Before the age of cigarettes, a lot of pipes were smoked.  Long stemmed clay tobacco holders decorated with names of associations, and imagery of mermaids, goats, and bearded winking men.

Much of the Thames treasure has provided Ms. White with the scraps to create beautiful art objects.  You have to check out her fish sculptures of broken glass.    She brings to life new imagery, just using broken shards of glass of various colors.

The River Thames holds and releases all sorts of items:  toy soldiers, old watches, jewelry, old revolvers (which she dutifully turns over to the local constabulary), and items that seem more like offerings: statuaries of eastern gods and photos of people long past that someone threw from a bridge in a moment of heartache.

Check out her YouTube Channel.  It gives you a chance to look over her shoulder.

Now, you may remember the Romans founded London (Londinium).  The River Thames it seems can only hold on to that time period for so long.  What makes Ms. White so fascinating is that sometimes she hits pay dirt, and though her efforts are messy, cold, and obviously plays hard on her back and knees (she does a lot of kneeling in the mud and walking over stones), magic pops forth from the mud.  As in a plate lovingly scrapped out of the bottom mud to reveal that that at one time, a man existed by the name of: Rufinus.  She dived through the generations and dug out ROME!

Check out her blog at: http://www.tidelineart.com/ 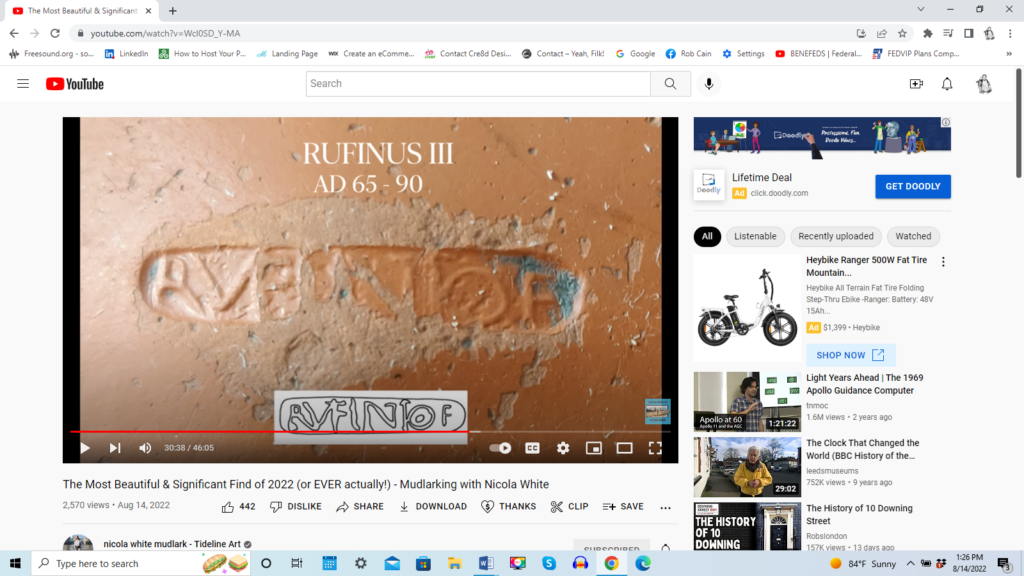 45 comments on “A short distance between artist and archaeologist”